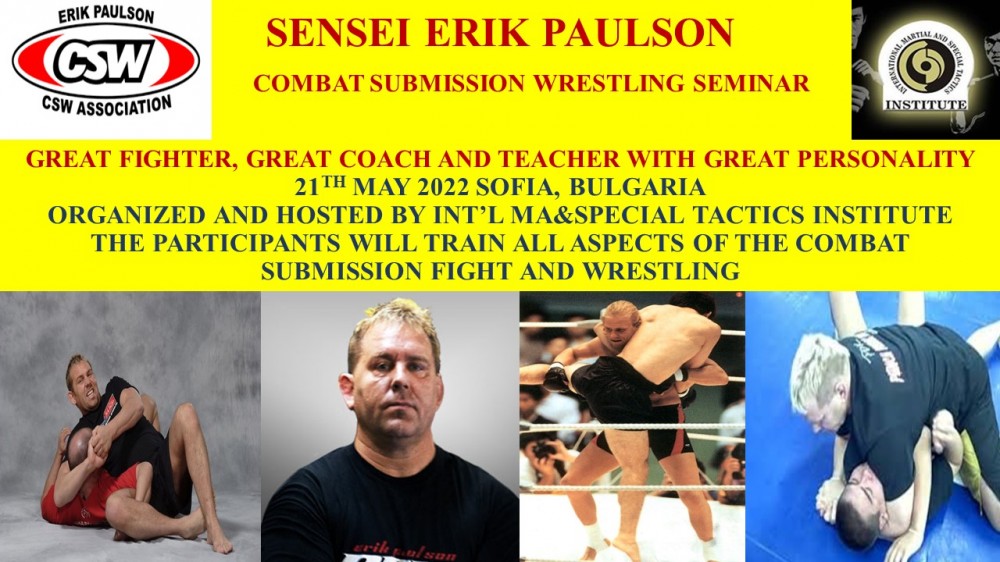 The seminar will cover all aspects of fight for all kind of championships and real situations. Is suitable for students, instructors, competitors in different MA / BJJ, Grappling, MMA and other striking and contact sports/.

Sensei Erik Paulson’s martial arts journey began in 1974, in Judo. From there, he went on to train in the disciplines of Freestyle and Greco-Roman Wrestling, Boxing, Jeet Kune Do, Filipino Martial Arts (Kali/Eskrima/Arnis), Shoot Wrestling, and Brazilian Jiu Jitsu. Many of his teachers included training with Rorion Gracie, Royce Gracie, Rickson Gracie, in a garage, Greg Nelson, Rob Kaman, and Nicolas Saignac. He is world renown for his grappling, and is considered a leading authority in MMA.

Erik is the founder of CSW Training Center (Combat Submission Wrestling) and STX Kickboxing (Savate-Thai Cross Training). Besides heading CSW in Fullerton, CA, Erik has also written a book, History of American Submission Wrestling, and was a coach of Team Lesnar on The Ultimate Fighter, Season 13.