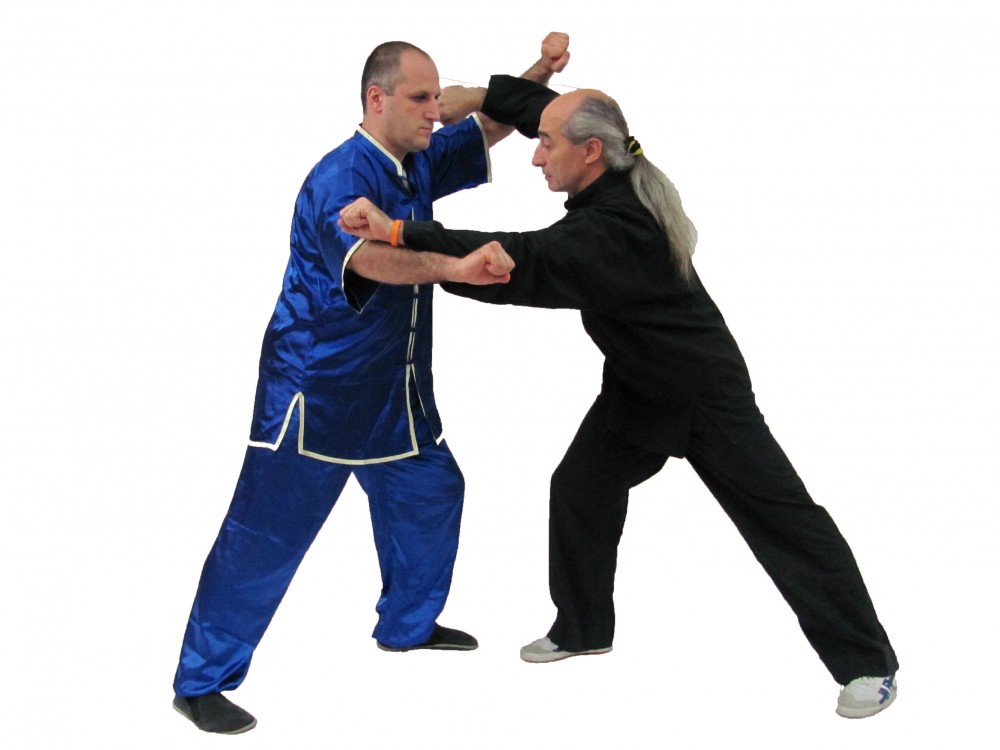 Translated literally, ‘tai ji quan’/tai chi chuan means ‘fist of the Great Boundary’. The ‘Great Boundary’ is what the Chinese use refer to as the primal separation of things, so that they could be distinguished from one another. That was when the creation of everything began. This doesn’t represent the division between one and two, but the division between one and zero. All that exists, and all that doesn’t. All that is, and all that isn’t.

Tai ji quan is an ancient Chinese martial art, a practice for self-development and achieving perfection (both physical and spiritual). The practical exercises directly express the traditional Chinese worldview, nature, and man while being directly connected to the teaching of Tao, the five elements, the eight trigrams and the Book of Changes, the life force chi and working with it, traditional Chinese medicine, and much more. Currently, the practice of tai ji quan is mainly connected to therapeautical breathing exercises or competitive (gymnastic) performances. We believe that both are a big departure from the essence of the art of tai chi which is why these aspects of practise are rarely mentioned in our classes.

The author Valery Ivanov is a master of tai ji quan, and has shared the secret paths of the conscious progress in this style. This is a practical guide for beginners, as well as for advanced practitioners, thanks to the unique methodical arrangement and gradation of both the theory and the practice.

‘Alchemy of the Path. Unifying the Five Elements’

‘The Universe is one large Tai ji. Man is one small Tai ji.’

This book focuses on valuable aspects when practicing tai ji. In it, you will find that the human body and spirit are one strange laboratory in which is teeming with a tremendous inner life. On an inner level, the tai ji practitioner becomes susceptible to and in resonance with the game of the Five Elements and he himself is a player in it. This is where the endless dance with the Universe begins. Man becomes an antenna which picks up on the changes in the dynamic world and resonates in accordance with them. And, as a result, receives a treasure, his own ‘philosopher’s stone’. For the tai ji practitioners, this book is a valuable guide in martial applications, techniques, and the opponent’s behaviour.